What is the US Guest Worker Visa 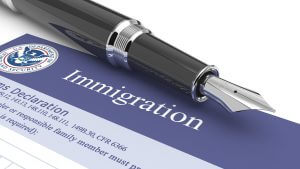 Guest worker visas, including H-1B, L-1, and H2-A, allow international workers to be temporarily employed in the United States. The H-1B visa is the most common document for foreign workers in a specialty occupation or field which require the “theoretical and practical application of a body of specialized knowledge along with at least a bachelor’s degree or its equivalent”, as defined by the U.S. Citizenship and Immigration Services.

The list of occupation spans over a large variety of industries: architecture, education, engineering, administration, IT, medicine and health, management, social sciences, art, writing, law, mathematics, physical sciences, entertainment, and recreation. The H-1B Visa is valid for three years and can be renewed for another three years. If the worker is up for a green card, then the visa can be extended until the green card is issued.

U.S. employers can hire a maximum of 65,000 foreign workers during a fiscal year but taking the exceptions into account, the cap actually reaches about 120,000 workers annually. Approximately 20,000 H-1B visas are available for workers with a master’s degree or higher. In the fiscal year 2014, almost 65 percent of employment visas were issued in computer-related occupations.