US unemployment level lower than expected 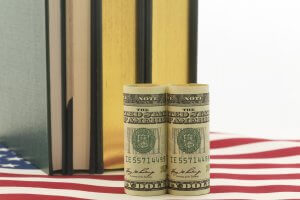 The number of Americans filing for jobless benefits dropped to 254,000 last week, marking the 88th consecutive week that unemployment claims remained below 300,000. According to the U.S. Department of Labor, this is the longest lapse since 1970.

Following a healthy gain of 161,000 new jobs in October, the national unemployment rate slipped to 4.9 percent from 5 percent the previous month. Jobless rates vary from one state to another and in most cases, the levels are going downward.

New Hampshire, North Dakota, and South Dakota have the lowest rates, at 2.9 percent. Colorado and Massachusetts are also among the states with good employment levels, with a jobless rate of only 3.6 percent. In Nebraska, only 3.2 percent of the working-age residents are without a job. In Utah, the jobless rate is 3.4 percent and in Idaho, 3.8 percent. Minnesota, Arkansas, and Virginia are each at 4 percent. Alaska has the highest unemployment level in the U.S., at 6.9 percent, followed by New Mexico, at 6.7 percent, and Louisiana, at 6.4 percent.