US Study: Pursuing a PhD can help you earn higher salaries 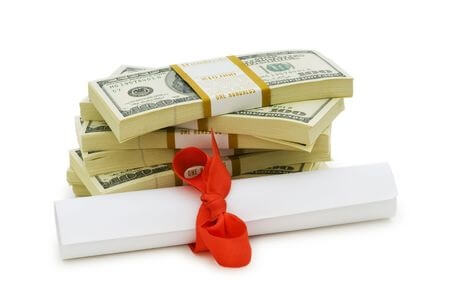 PhD graduates have an easier task in finding good jobs, are more likely to work in international companies, make an important impact on local and national economic development and last, but not least, earn higher wages. According to a research led by professors from New York University, Ohio State University, University of Michigan and Georgia State University, 40 percent of research-funded PhD recipients start working right after graduation in large and high-paying companies, mostly in technology and professional service industries.

Their starting salaries are considerably higher than average. More than 50 percent work in establishments where payrolls exceed $100,000 per worker. PhD graduates are between four and 19 times more likely to work in pharmaceutical and medicine manufacturing, semiconductors and computer systems design than those who did not pursue a doctoral training. Just slightly over 4 percent go for governmental jobs whereas the majority of 57.1 percent remain in the academic environment. 17 percent work in research and development.

The study shows that more than 20 percent of PhD recipients remain in the state where they got their training.

Start Here
2015-12-20
Cristina
Share
Previous Indians living in the US sent $11.2 billion to their families back home
Next Men with mustaches more likely to have academic medical jobs