US set to reach goal of accepting 10,000 Syrian refugees 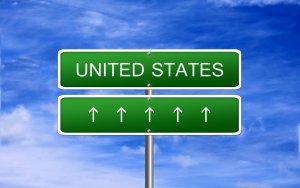 The U.S. is on the verge of reaching its goal of accepting 10,000 Syrians refugees by the end of September. More than 8,000 refugees have been accepted to the country since October 2015 to the present day. According to the U.S. Citizenship and Immigration Services, only about 7 percent of applications have been denied so far.

A few hundred refugees entered the United States each month at the beginning of the program, but the number of incomers has increased in the past three months. In May, more than 1,000 Syrian refugees came to the U.S. In June and July, over 2,000 more have been accepted. Michigan has resettled the highest number of refugees, 887. California is second with 783, followed by Arizona (651), Texas (565), and Pennsylvania (481). According to data from the Refugee Processing Center, about half of the Syrian refugees are under the age of 14.

The United States has welcomed more refugees than any other country. Since October last year, about 61,000 refugees entered the U.S. and authorities have announced that the number would be increased to 100,000 in the coming year.