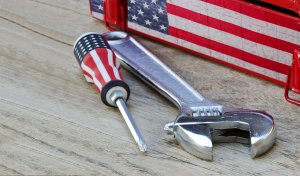 U.S. employers added 151,000 jobs in August, according to the latest Labor Department report. Meanwhile, the jobless rate remains at 4.9 percent for the third month in a row, the lowest level since 2008. The labor participation rate remained at 62.8 percent. According to economists, August is one of the slowest months in terms of adding jobs, mostly because it is also the hottest month for vacations. In June and July combined, the economy gained 546,000 jobs.

The report shows that food services are responsible for the biggest growth, adding 34,000 new jobs last month. The number of employees in social assistance increased by 22,000. Employment in professional and technical services grew by 20,000 jobs, the financial sector gained 15,000 jobs, and health care added 14,000 new jobs in August. Hourly wages rose to $25.73, 0.1 percent higher than the previous month and 2.4 percent higher compared to August 2015.

A strong economy also encourages spending. According to a survey conducted by the Conference Board, consumer confidence reached an 11-month high in August. The study found that Americans are optimistic about the job market and believe that the number of available jobs is sufficient.