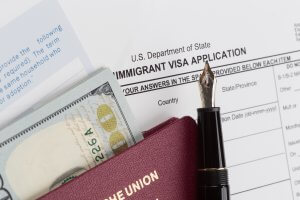 Apart from the federal actions, several cities in the United States are stepping up to support a fair immigration reform which would benefit the millions of hard-working immigrants living in the U.S.

In 2007, New Haven, in the state of Connecticut, was the first city to introduce municipal identification cards for its immigrant residents, both legal and illegal. New York, San Francisco, and Los Angeles followed closely behind and as of this year, more than a dozen cities throughout the nation offer such a form of identification. New York probably holds the record in terms of municipal IDs, having issued more than one million documents for the immigrants living in the Big Apple. These proofs of identity allow immigrants to access basic services such as consulting a doctor or opening a bank account.

In 16 states, undocumented immigrants can pay the same tuition fees as U.S. citizens. In Texas alone, about 25,000 students are taking advantage of this policy each year. In Los Angeles, Minneapolis, New York City, and Seattle, as well as in several states including California, Oregon, and Connecticut, immigrant workers benefit from paid sick days and fair minimum wages thanks to the authorities’ efforts.