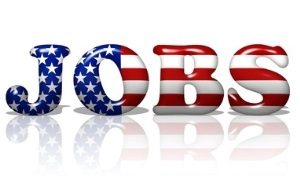 Employers in the United States added 161,000 jobs in October and job creation for August and September was revised up by 44,000 jobs, according to the latest report from the U.S. Department of Labor. Altogether, these numbers indicate that the largest economy in the world continues on a positive track.

The unemployment rate fell to 4.9 percent after having slightly increased in September to 5 percent. The average wage saw the highest increase since before the financial crisis, going up $0.10 per hour, or 0.4 percent.

In October, professional and business services led the way in job gains. There were 39,100 new jobs in education and health services. Computer system design and related services gained 8,000 new job and financial activities added 14,000 jobs. Health care also added a large number of jobs, 31,000, and another 13,000 were created in the hospitals. The report also shows that the number of part-time positions grew by 90,000. The labor-force participation rate in October was 62.8 percent.