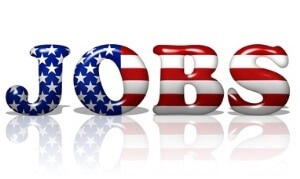 Last week, the number of US citizens claiming for jobless benefits hit the lowest level since November 24, 1973. According to data from the US Labor Department, weekly unemployment applications dropped to 247,000, 6,000 less than the previous week and considerably lower than the 281,500 recorded in April last year.

Jobless claims are usually an indicator for layoffs. Therefore, this four-decade low not only indicates that employers are holding onto their workers but is also a positive sign for the national economy.

Unemployment claims are also in close connection with the monthly job gains and there are signs that employers are looking to expand their staff. The US unemployment rate has now fallen to 5.0 percent and current data is consistent with the economists’ forecast that it might continue its decline to 4.7 by the end of the year.

Applications for jobless benefits have remained below the 300,000 threshold for 59 consecutive weeks. This is the longest continuous period since 1973.