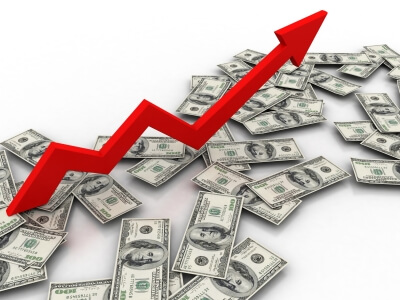 The US economy grew at a 1.0% annual rate in the October-December quarter, faster than its previous estimate of 0.7%, the Commerce Department said.  The upward revision surprised analysts, who had expected a cut to 0.4%.

Gross domestic product, the value of all goods and services produced, grew at a 1 per cent annualised rate, compared with an initial estimate of 0.7 per cent.

The GDP estimate is the second of three for the quarter, with the other release scheduled for next month when more information can be incorporated. The revision shows GDP expanded 2.4 per cent in 2015.

Consumer spending was revised lower. Although the economy slowed in the fourth quarter from 2 per cent in the previous three months, growth is projected to re- accelerate this year as consumers tap into the benefits of a strengthening job market and savings on petrol to boost spending.

Incomes rose 0.5 percent in January, up from 0.3 percent in December, according to the Commerce report.

Start your new life in the U.S.
Start Here

Previous How the world sees America?
Next Impact of Racial Diversity on the American Elections