The US celebrates Flag Day 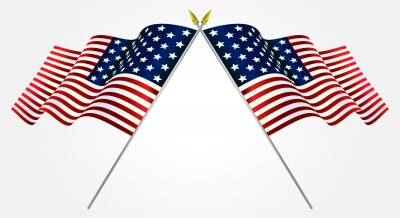 Flag Day is one of the most important U.S. celebrations throughout the year. It marks the anniversary of the Flag Resolution of 1777, the official adoption of the American Flag, and it is being celebrated each year on June 14. The celebration itself has a long history. In 1916, President Woodrow Wilson made a proclamation that officially established the holiday, and in 1949, President Harry Truman signed an act of Congress designating this date as Flag Day.

In this day, U.S. residents and citizens around the world are encouraged to display the American flag. In some communities, the celebration is given even higher importance; there are public activities and parades honoring the American symbol.

In case you are planning to display the American flag, you should know that there is an entire flag etiquette included in the United States Code. The flag should be displayed only from sunrise to sunset unless there is a source of illumination. It should never be left outside when the weather is bad and it might destroy it. The American flag should be respectfully displayed and treated.