The U.S. government must release immigrant children held in detention 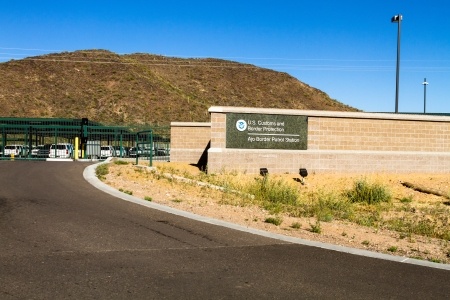 U.S. District Judge Dolly Gee ruled last week that some of the children who crossed the U.S.-Mexico border illegally were held in violation of a class-action settlement that says minors under the age of 18 can’t be detained for more than three days, and therefore the government must release them as soon as possible. Authorities have until October 23 to let go of hundreds of unauthorized immigrant children, in some cases along with their mothers, most of them from Central America.

Although Mexico is not the first country of origin for immigrants in the U.S. anymore, the U.S.-Mexico border is still sensitive to the large amount of incomers from other states in Central and South America. Many of those who try to enter the country illegally are underage and sometimes they travel unaccompanied by a parent or relative. Just last year, 68.000 children arrived to the United States without their parents, and those caught crossing the border illegally were held in special facilities.  Many of them were released from detention centers to family members living in the U.S.