The most satisfying jobs in the US 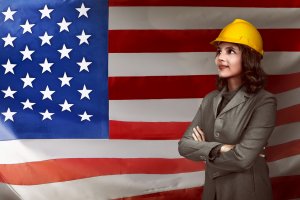 A new survey among 192,000 U.S. workers found that the most satisfying jobs are managerial. This is no surprise, considering that a mid-career manager earns on average $89,825 annually. The survey focused on some of the major cities in the United States.

In Atlanta and Dallas, property managers reported the highest percentage of job satisfaction, with 88 percent of them being very happy about their work. In Baltimore and Boston, 79 percent of sales managers reported being satisfied with their choice of career. One of the reasons for their satisfaction could be the median pay of over $110,000. In Chicago, medical and health service managers are the most satisfied when it comes to their job.

In Detroit and Minneapolis, financial managers have the highest percentage of job satisfaction. In Houston, petroleum engineers earn on average $167,000 and are very satisfied with their profession. Perhaps surprisingly, secondary school teachers have the most satisfying profession in Los Angeles. In Miami, human resources assistants reported being very satisfied with work.

New York is surprising in many ways, including when it comes to the most satisfying professions. More than 85 percent of merchandise displayers and window trimmers said they enjoy their job very much.