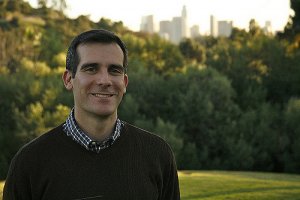 The Mayor of Los Angeles, Eric Garcetti, gave a strong declaration when speaking a couple of days ago at a Champions of Change event that was held at the White House in order to honor people who have constantly helped immigrants to navigate the complex process of naturalization. The LA city Mayor also called for the implementation of comprehensive immigration reform.

The reason of this ceremony was to pay a respectful homage to the honorees work. The white house, among others, also honored David Huerta, the Service Employees International Union-United Services Workers West president of Los Angeles. Mr. Huerta has worked hard in creating an integration program suitable for immigrants. This program also includes providing union members with English classes. During this ceremony, three executives from Miami-Dade and others from California, New York and Ohio, were also honored.

Garcetti, LA Major, admitted that countries that lack immigrants have also been constantly suffering economically. According to him, this is fact all Americans must recognize and do something about it.

“Japan, they’re struggling to look at how they are going to pay for the benefits for retiring seniors in an aging population. It is the influx of immigrants that is the future of our economy,” added Mr. Garcetti.

The Mayor, during his visit to Washington also met ambassadors from Japan and South Korea, their staff and cabinet members. Later this year, in November, Mr. Garcetti plans to travel to Japan, China and South Korea. These countries have always been the top three trading partners of Los Angeles. He plans to with different business leaders and government officials in order to promote tourism and discuss about possibilities of new investments in LA.

Previous USCIS: New, Redesigned Green Cards and Employment Authorization Documents
Next Everything you need to know about Green Card for Domestic Employee and Unskilled Labor Application