The legal deadline For Trump’s ban is approaching 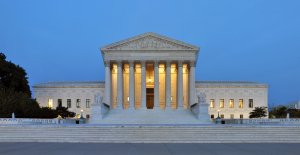 The major technology companies in U.S, all national security veterans, and most importantly, law enforcement officials from more than a dozen of U.S states have backed a legal effort against Donald Trump’s travel ban.

Today, the Trump’s administration will have to face the court and justify this executive order that has temporarily barded the entry of thousands of people born in one of the seven Muslim countries of the list. On Friday, a judge from Seattle was the one to suspend this executive order opening a window of hope to all the affected people.

Trump’s administration has time until 3 pm to submit the additional legal reasons to the 9th United States Circuit Court of Appeals located in San Francisco. If the case won’t come to a reasonable conclusion, then, it might end up to the U.S Supreme Court.

Over the weekend, the Trump’s administration requested the immediate suspension of the that federal Judge gave to temporary restrain the executive order and has blocked the further implementation it. But, this requires  was  denied by the appeals court in San Francisco even though the court said it would consider this request after receiving more information, and now, we should all expects what’s the today’s decision will be.

President Trump said this travel measures are necessary to protect the country against the threat of terrorism, and, on a visit to the military’s Central Command headquarters in Tampa, Florida, Trump again, strongly defended his order.

Previous Have you seen Lady Gaga performs at Super Bowl 2017 halftime?
Next Trump’s “Muslim ban”: What does the president want to achieve?