The largest states in the US 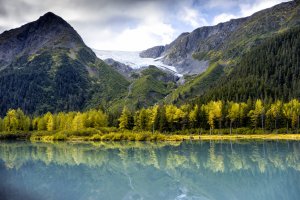 Alaska is the largest state in the U.S. but also the one with the lowest population density. It has a population of about 730,000 individuals and a total area of 1,723,337 km2. Alaska is actually an island and doesn’t share borders with any other US state. It was bought from Russia in 1867 and in 1959 become the 49th state in America.