The highest-paying company in America is… 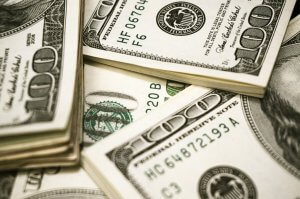 The reason why experts suggest starting a new carrier in the tech and business consulting industries is quite obvious.

The main reason? They are the highest paying industries in the United States today.  This is the conclusion that job search website Glassdoor has noted. Twenty-four from top paying companies in the 2017 ‘top 25’ list, were either tech or business companies.

The top payer company will certainly be a big surprise to you. It beat out even Google, Amazon and Facebook. It is the A.T. Kearney consulting company. This company is nearly a century old and boasts it’s worked with more than 75% of Fortune’s Global 500 companies. Its total median salary is around $175,000. These numbers are slightly more than second place Strategy& ($172,000), another consulting firm working in the automotive and chemicals industries.

Between the top five companies are also the multi-faceted VMware ($167,050),  specialized in cloud computing and storage, the machine-data specialists at Splunk ($161,010) and also the Cadence Design Systems ($156,702).

The positions at tech and consulting companies, share two main and similar characteristics that warrant high pay. They require specific skill set in which demand highly outpaces supply and that cannot be fully replaced by computers.

A.T. Kearney also topped the list of 2016. Back in 2015, the top payer company was Skadden. This is a law firm which offers corporate and financial advice to companies. Google, was placed sixth on this year’s list, followed by Facebook with a median pay of $155,000.

Previous Renewing or replacing your green card
Next $1.33 billion investment in Kentucky made by Toyota