Texas more international than ever 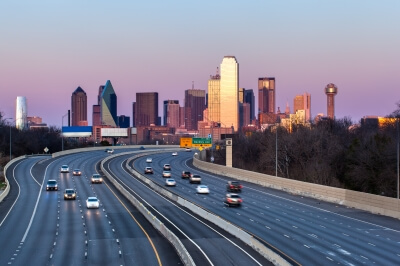 Texas is no longer a preferred destination only to immigrants from South and Central America, as higher numbers of foreigners now arrive from Asia rather than Latin America. According to a report from the Office of the Texas State Demographer, the state’s population has never been so diverse and Texas is now more international than at any time in its 170-year history.

Recent figures confirm an immigration trend that started almost ten years ago. Although they still make an important share of the immigrants in Texas, Latinos now compete with other foreign communities in terms of incoming numbers. Because of its growing economy, Texas is drawing more and more immigrants from Asia, especially China, and Middle East. In fact, the report shows that the percentage of Asians in Texas has doubled in the past decade. What’s perhaps even more interesting is that many foreign-born residents arrive to Texas from another U.S. state, not directly from their home country. 39 percent of the state’s foreign-born population has moved to Texas from another area in the Unites States.

Start Here
2015-10-21
Cristina
Share
Previous The U.S. ranks first in a global survey of “great jobs”
Next Ten things that you can only find in the U.S.