Ten things that you can only find in the U.S. 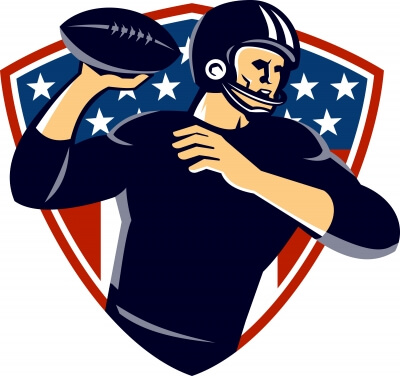 1. Football. It’s not called American Football for nothing because, in fact, the U.S. is not only the country of origin for this sport but also one of the few where people play the game with such enthusiasm. In Europe, for example, and in many other countries around the world, football means an entirely different thing.
2. The best music festival. Coachella Valley Music and Arts Festival is one of the biggest entertainment events around the world. In 2014, the line-up included almost 200 artists, and 579.000 admission tickets were sold.
3. Special places for the old flags. The Americans value their identity symbols so much that they have created organizations which take care of the worn or damaged flags so that they receive a proper and dignified “retirement”.
4. Spray cheese. This might not be the most outrageous thing that you have heard of, but it sure is surprising. Americans call it “a stroke of mad genius”, and we all know how much they love their cheese.
5. A house made of car parts and beer cans. Nitt Witt Ridge is a house built on two and a half acres in Cambria, California, mostly by using recycled items. The one of a kind construction has been declared a historical landmark.
6. Free refills. In the U.S., many restaurants offer free refills, especially on water, and some even offer coffee. This is not custom for Europe, for example.
7. Peanut butter can be combined with almost anything in the U.S. It’s an emblematic food, and even though it can be found in almost any country, Americans are the only ones who treat it like a can’t-live-without dish.
8. Froyo is low-fat frozen yogurt, a healthier alternative for ice cream. It can now be found worldwide, but it’s not nearly as popular as in the U.S.
9. Diet soda. Coca Cola Light or Pepsi Max can be easily found in most countries, but that’s it. However, in the U.S. almost any type of soda has a diet version.
10. Convenience stores. Stores in the U.S. have it all in the same place: food, medicine, toiletries and so on. In most countries, these items are sold separately.