Tech giants are composing a letter about immigration ban 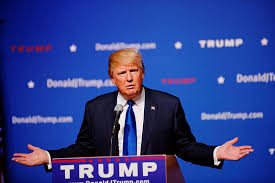 Some of the tech giants, including Facebook, Google parent Alphabet and Apple, are currently crafting a common letter opposing the Trump’s executive order to ban all immigrants from seven Muslim countries.

These are not the only companies included in this project. They are leading the charge and are seeking to represent and other companies and businesses in the letter as well. The main subject will be to address the concerns of the Trump’s restrictions.

A draft of this letter reads: “We share your goal of ensuring that our immigration system meets today’s security needs and keeps our country safe. We are concerned, however, that your recent executive order will affect many visa holders who work hard here in the United States and contribute to our country’s success.”

This executive order bars all Syrian refugees from entering the United States and also, this order temporary restricts the entry of residents from six other countries. They are: Libya, Sudan, Yemen, Iran, Iraq, and Somalia.

Also, among the companies who have stepped forward opposing this ban, are Apple, Google, Amazon, Microsoft, Netflix and many others. Meanwhile, in New York, there are more than 400 companies in which filed their own letter blasting the restrictions.