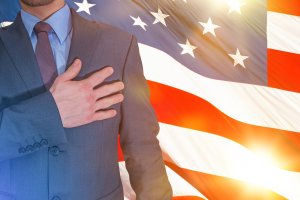 Americans want better border security and believe that a path to citizenship should be provided to immigrants, according to a national survey conducted earlier this month. The questions focused on the American’s views on immigration policies in the light of the upcoming elections.

A large majority of Americans, 76 percent of the respondents, say that undocumented immigrants are as honest and hard-working as U.S. citizens. Moreover, most Americans believe immigrants are not more likely than citizens to commit crimes, the survey found. As for Trump’s already famous idea of building a wall along the U.S.-Mexico border, 61 percent of respondents are against the proposal. Almost one-third of Americans said that immigrants who are already in the United States illegally should be allowed to become citizens if they meet certain requirements.

About 11.3 million undocumented immigrants were living in the U.S. in 2014, according to data from the Pew Research Center. This number remained largely unchanged since 2009.