Study shows differences between Mexican and Chinese immigrants in the US 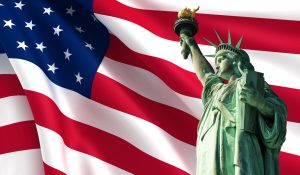 A recent study from the Pew Research Center indicates than immigrants in the U.S. show differences in terms of education and profession based on their country of origin. For instance, Mexicans and Asians, the two major immigrant groups in the U.S., are unlike from many points of view.

According to official data, there are about 11.6 million Mexicans and almost 12 million Asians currently living in the States. The first difference between the two communities refers to education. The Pew study reveals that 5.1 million Asian immigrants have college degrees and just 1.6 million have less than a high school diploma. By comparison, only 569,000 Mexican have obtained a college degree and 5.7 million have less than a high school education.

Differences go on when it comes to profession. Mexicans work mostly in construction, service, maintenance and transportation while Asians tend to work in technology or have management positions. The Pew researchers found that 1.65 million Mexican immigrants are employed in construction, agriculture and mining whereas only 175,000 Asians work in these sectors.

In point of earnings, Asians have a median household income of $69,000 while Mexican immigrants make on average $36,000.