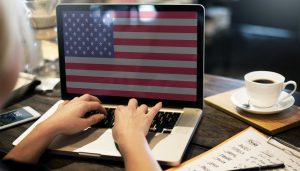 The share of Latino adults in the U.S. who reported using the internet increased from 64 percent in 2009 to 84 percent in 2015, according to a recent analysis from Pew Research Center. Over the same period, the share of whites going online grew from 80 to 89 percent so that the gap between the two groups is now just at 5 percentage points.

The increase could be partly attributed to the gain in internet use made by Hispanic immigrants in the United States. The share of internet users leaped from 51 percent to 78 percent over the same period of time. It’s interesting to note that last year, immigrant Latinos accounted for more than half (52 percent) of all adult Latino internet users, up from 44 percent in 2009. Immigrant Latinos make up 49 percent of the adult Latino population in the U.S. Data shows that there are more than 55 million Hispanics living in the U.S. today. Hispanics still make one of the country’s fastest growing groups and also one of the youngest, with almost half of them being under 18.

The study also found that among Latino adults who access the internet, 80 percent use a mobile device.