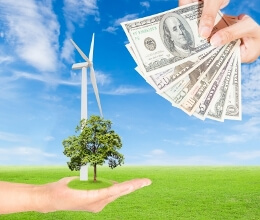 A new study from ICF International found that the US economy could gain two million new jobs from transition to low-carbon energy, counter-balancing the loss in oil and gas sector employment. Shifting to more environment-friendly sources could boost U.S. employment, adding one million jobs by 2030 and two million by 2050. Moreover, the report indicates that the large-scale change would increase disposable income with $300 up to $650 per household.

Most jobs would be in construction, manufacturing and utility industry, according to the report. The utility segment would benefit the most, as more electric vehicles would replace the traditional gas-fueled automobiles, and the shift from gas water heaters to electric devices would increase the demand for electricity. An additional analysis concluded that the US Environmental Protection Agency’s Clean Power Plan of reducing emissions would generate more than 250,000 jobs.

The report is the first to analyze the long term and in depth benefits of switching to cleaner energy from an employment perspective.

Start Here
2015-12-16
Cristina
Share
Previous Study: Cities benefit when immigrants become US citizens
Next Happiest US companies to work for in 2016