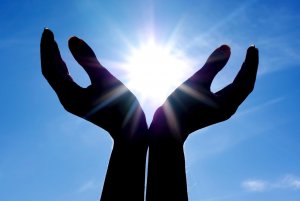 All foreign nationals who work in religious occupations and want to come to the United States to work temporary to a non-profit religious organization, then, they can only do this through the R-1 non-immigrant visa. The candidate, or else known as the religious worker must first have received an official job offer from a tax-exempt religious organization and then apply for this type of visa.

These religious workers must be approved by a recognized denomination to apply and conduct religious worship while performing other duties of the clergy, such as administering the sacraments. A religious vocation is also described as a calling to religious life, evidenced by the demonstration of a lifelong commitment. Some examples of religious workers under this R-1 Visa classification are monks, nuns and religious brothers and sisters.

When someone has a religious occupation, it means they must be fully engaged in an activity that is fully related to a traditional religious function. Some common examples include liturgical workers, religious instructors or cantors, workers in religious hospitals, missionaries, catechists, religious translators, and religious broadcasters.

If you own a religious vocation and want to come to the United States to work for a non-profit organization, then, you can apply today for your R-1 and start your new journey as soon as possible!