On Labor Day, the US is honoring its workers 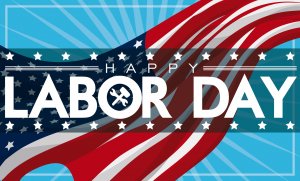 Labor Day is one of the U.S. major public holidays. It is celebrated every year on the first Monday in September and it marks the unofficial end of summer. Most companies offer a day off and Americans usually travel for a long weekend. Cities throughout the nation host parades, festivals, football matches, and other public events. The holiday is also known for big end-of-season sales. But the holiday’s true purpose is to honor the workers.

According to the U.S. Bureau of Labor Statistics, as of July 2016, more than 159 million people were employed in the civilian labor force. This accounts for a 66.8 percent participation in the workforce.  The jobless rate is 4.9 percent, with about six million people looking for work.

Labor Day was first celebrated in New York in 1882, but the idea of a holiday honoring the workers is almost a century older. Oregon was the first state to make Labor Day an official holiday, in 1887, and by 1894 it became a public U.S. holiday.

The holiday is also associated with some interesting trivia. For instance, fashionistas in the United States say that after Labor Day you should not wear white.