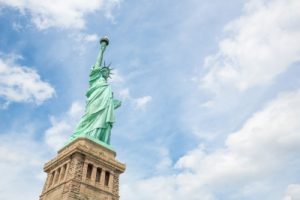 Mayors of the so-called “sanctuary cities” have committed to continuing protecting immigrants from any abusive intervention from the U.S. immigration authorities. New York and Los Angeles, for instance, refuse to hold undocumented immigrants in jail at the request of the U.S. Department of Immigration and Customs Enforcement unless the request is followed by a judge’s order.

New York has approximately half a million illegal immigrants and they are all part of the community, according to Mayor Bill de Blasio. He has pledged to make all the efforts to keep them from being deported. Los Angeles is going through a similar situation. A spokeswoman for Mayor Eric Garcetti said that the mayor’s office will comply with the federal immigration agencies as long as their actions and requests follow the Constitution.

According to the Immigrant Legal Resource Center, there are five U.S. states and 37 cities that limit compliance with detainer requests from Immigration and Customs Enforcement. There are also roughly 300 jurisdictions around the country that have sanctuary-like policies. Some of the policies in these “sanctuary” cities include issuing ID cards for undocumented immigrants and barring the public workers from inquiring about a person’s immigration status.