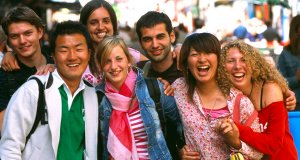 On the other hand, the immigrant population has been drastically growing especially since 1970. This was the year when this group made up only 4.7 percent of the total population.

Another interesting finding this study has made, is the fact it has shown that the majority of the immigrants in the US are legal. Only around 24 percent of the total population is considered “not legal.”

According to this study, Asians are predicted to make up the largest immigrant population in the United States by the end of 2055.