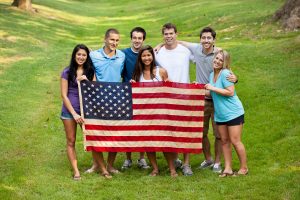 A new study conducted in Akron, the fifth-largest city in Ohio, found that immigration is a true economic upholder. According to the report “Welcome to Akron: How Immigrants and Refugees Are Contributing to Akron’s Economic Growth”, the foreign-born population not only increased the housing values but also sustained the labor market and prevented the population shrinkage in Summit County.

The study found that 16.8 percent of the foreign-born population owns their houses without any debt, more than two percentage points higher than the U.S.-born residents. In fact, the immigrant group increased the housing value in the region by $207 million between 2000 and 2013.

Foreign-born residents in Akron are more likely than their U.S.-born neighbors to be self-employed, 11.1 percent versus 6.2 percent. They are also more likely to have a bachelor degree or higher, with 27.4 percent being college educated. Immigrants make 11.7 percent of the workers in STEM jobs and 11 percent in manufacturing.  Most of the money they earn returns in the local economy. According to the study, they spent about $137 million in 2013.

The report also found that the number of foreign-born population in Akron increased 30.8 percent from 2007 to 2013.

2016-08-09
Cristina
Share
Previous US set to reach goal of accepting 10,000 Syrian refugees
Next US trying to ease the family reunification program for Filipino veterans