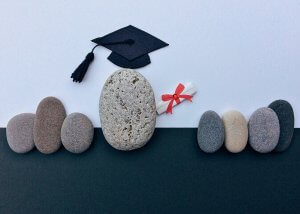 According to a latest report, almost half of the recent immigrants that have entered the United States are people that own a college degree. This clearly reflects a steady increase in educational attainment which is mostly fueled by the growing numbers of people that come from Asia.

The rising number of immigrants that come from India, China and other Asian countries, have strongly helped increase the share of arrivals with a bachelor’s degree to around 48 percent between 2011 and 2015 according to an analysis of U.S. Census data by the Migration Policy Institute.

The institute said that this rise in immigrant education levels has delivered higher investments in the education field globally, and it has changed many attitudes related to education and not only. Also, it has reduced poverty, added senior policy analyst Jeanne Batalova.

According to Batalova the increasing “human capital” of better-educated immigrants strongly contrasts with political rhetoric that has casting them as a burden.

“For a very long time, the perception of immigrants was they had low education, were low-skilled and they came to the U.S. to take advantage of opportunity and benefits,” added Batalova.

She also added how this study has made the fact that the debates and the public understanding of immigration have often lagged behind the realities, very clear.

Previous Can you continue working even after your green card Expires?
Next Nonimmigrant NAFTA visa for Canadian and Mexican citizens