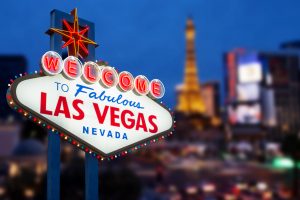 The analysis of a new research from The Partnership for a New American Economy found that Nevada’s immigrant population, a state which is most known for the famous Las Vegas, is 19 percent of the overall population, up from 8.7 percent in 1990. There are now 548,186 foreign-born residents and roughly 180,000 are here illegally. Both legal and illegal residents pay taxes and according to the study, their input accounts for $733 million in state and local taxes and $2.2 billion in federal taxes. They also pay about $1.8 billion to Medicare and Social Security.

Almost three-quarters of the state’s foreign-born population are working age and immigrants make up 26 percent of Nevada’s workforce. Many of them are entrepreneurs. In 2014, there were 31,972 self-employed immigrants, whose businesses employed more than 61,000 people, including U.S.-born workers. Also, their businesses generated $795 million in income.

Foreign-born workers supply most of the workforce is services. In Las Vegas, 72 percent of maids and housekeepers are foreign-born, along with 56 percent workers in the food preparation segment, and 47 percent of porters, bellhops, and concierges.

The report also shows that most international students in Nevada focus on the STEM areas. About one-in-five students in STEM fields in Nevada’s universities is foreign-born.