Naturalized citizens could decide the US elections 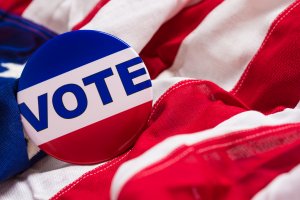 The United States is home to roughly 42.4 million immigrants, legal and undocumented, and about 20 million of them are naturalized U.S. citizens. They account for nearly 10 percent of the approximately 240 million people of voting age. The latest surveys have revealed a high vote intention rate among new citizens and this is validated by the rush in citizenship applications this year. Data from USCIS shows that the number of applications in 2016 has increased nearly 25 percent compared to last year.

Although immigration from South and Central America has slowed down over the past few years, Latinos still make up the largest group of immigrants in the United States. Together with the U.S.-born citizens, there are 27.3 million eligible Latino voters for the U.S. presidential elections on November 8 and many of them won’t miss the vote. In Florida, for example, Latino early voting rose 152 percent since the 2012 elections. In Texas, it increased by 26 percent and in Arizona, Latino voters account for 13 percent of the state’s early-voting electorate.

On Tuesday, Americans choose their next president, between the Democrat Hillary Clinton and the Republican Donald Trump.