More than 600K foreign visitors overstayed their visas in 2016 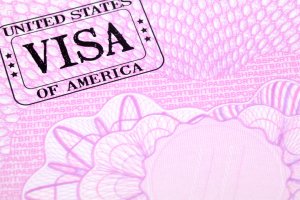 In 2016, more than 600,000 foreign travelers legally entered the United States and then overstayed their visas and remained in the US, the Department of Homeland Security reported back on Monday.

These “visa overstays” in reality, represent only 1.25% of the 50 million travelers who arrived in the US in 2016. These people, who overstayed their travel visas, make up an estimated 40% of the 11 million undocumented immigrants who live in the U.S. today.

This is the reason why the department changed the official way to calculate visa overstays. But, unfortunately, an analysis of the most popular visa categories shows the real percentage of overstayed visas is around 13% in 2016 when compared with the previous year.

Homeland Security issued the first official report on visa overstays in January 2016. On the other hand, the Monday’s report gives government officials and immigration researchers a second year of data, and provides insights into countries or visa categories that may warrant closer scrutiny from the immigration officials.

According to an official report from the government, a total of 739,470 foreign nationals remained in the United States in 2016 for some period despite their travel visas had expired. The truth is, not all of these people intent to stay in the US forever. This is shown by the fact that in Sept. 30, 2016, which officially represents the end of the 2016 fiscal year, this number fell to 628,799. By January, 2017, the number went down to 544,000.

Previous Top Three Green Card Renewal Questions
Next How can the new US visa norms be good for Indian students?