More than 30 nations refuse to accept and repatriate criminal Immigrants 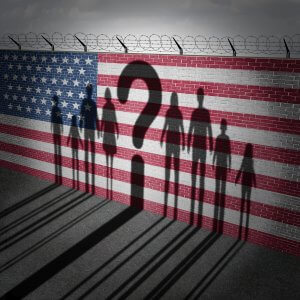 Henry Cuellar, Texas representative, has claimed that there are around 30 nations that are refusing to accept criminal immigrants that are currently being deported back to their countries by the United States. The Texas congressman admits that despite the fact these nations are not collaborating with criminal deportations that U.S is doing, Unites States is still continuing to issue US visas to their citizens.

He also added that the United States, unfortunately, is failing to enforce a law that could deny such US visas to countries that refuse to repatriate criminal immigrants ad collaborate with the US.

During an interview, Cuellar expressed his amazement about the fact the law is not currently being enforced. He also added that intends to go to House Committee on Appropriations, and start having an impact on funding until enforcement of that law begins in earnest.

According to him, the Supreme Court has stated that all undocumented immigrants that are arrested for crimes can only be kept custody for a short time before them being released. Cuellar admitted to be completely against this policy and that he will soon try and change it.

Cuellar has broken with party leadership since before on different immigration issues and was a fierce critic of former President, Barack Obama. According to him, diplomacy is many times the real reason why the law is not enforced.