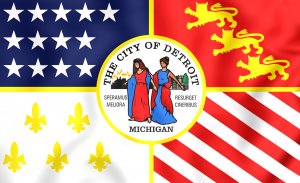 Immigrants arrive in the United States in search of a better life but sometimes face acclimatization challenges, especially during their first year. Governments recognize these specific issues and some of them have stepped in to help the newcomers better adapt and integrate into the community. Metro Detroit is one of these examples of areas that have acknowledged the positive role that immigrants have on the economy and are making efforts to smooth their transition.

In 2014, Detroit launched an Immigration Task Force destined to support the foreign communities in the area and earlier this year the administration reached an important milestone. The city is offering municipal identification cards for foreign-born residents who cannot get a driver’s license. These IDs will allow them to access some public services that require identification documents. In addition, local organizations offer specific services for immigrants, such as employment assistance, medical services, and language classes.

Metro Detroit has several thriving immigrant communities and the share of foreign-born residents is continuing to increase. Between 2009 and 2014, the number of immigrants increased to 27.7 percent of the total population in Troy, for instance, and to 25.2 percent in Sterling Heights.