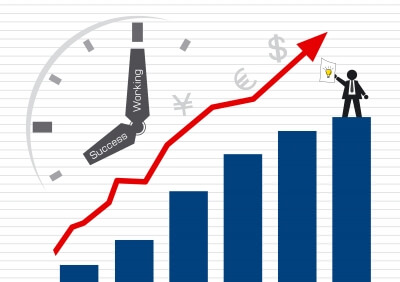 The US economy is on the upward move, and this is clear from the many reports that were released recently by various departments.

Probably, the biggest of them is the US manufacturing report that showed orders and production capacity accelerating in February. The production levels also surged to higher levels after a slower growth in the last quarter of 2015. Since manufacturing accounts for more than 12 percent of the US economy, this is a positive trend.

Further, another report showed that construction spending reached an eight-year high in January, thereby reflecting a positive economic outlook. Also, upbeat reports in the areas of consumer spending, labor market, industrial production and durable goods allayed the fears of the US economy going into a recession again. In fact, these reports indicate that the US market is moving towards growth, and not into recession as feared earlier.

All this positive data sent the US stock markets into a frenzy as all the indices rose on Tuesday. These reports coupled with a strong dollar are sure to augur well for the US economy in the upcoming months, thereby making 2016 a year to rejoice for both American businesses and consumers.

Start a new life in the U.S.

Start Here
2016-03-03
Cristina
Share
Previous Five Things You Should Know Before Choosing a Property Management Firm
Next What are the Best Airports in North America?