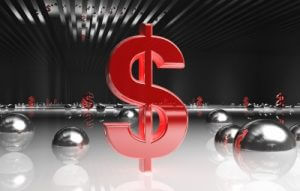 U.S companies have never had as many jobs as they did in July. The latest report released this week by the Labor Department shows a new record in terms of job openings and an improving economy that reflects in all professional fields, but especially in business services, health and social assistance, hospitality and retail. The northeastern and the southern parts of the country reported the strongest rise.

Job openings rose by 430.000 to 5.75 million in July. It’s the highest level since December 2000, and probably the highest number ever, because that’s when the Labor Department began collecting this type of data. According to the government, the number of unemployed job seekers also hit the lowest level since 2000, falling from 1.56 in June to 1.44 in July. As regarding the number of people who left their jobs, there wasn’t much of a change, and the rate remained at 1.9% for the fourth month even though voluntary quits fell from 2.74 million in June to 2.70 million in July. Layoffs and discharges totaled 1.61 million.

Start Here
2015-09-10
Cristina
Share
Previous The city with the highest minimum wage in the U.S.
Next Undocumented immigrants don’t affect the labor participation of U.S.-born citizens