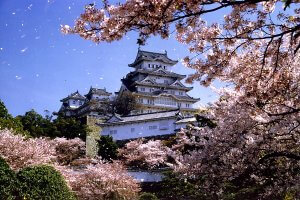 Japan is preparing a package that will create more than 700,000 new job positions in U.S and also, help throw more than 450$ billion to the U.S market. This package will be presented to the United States president, Donald Trump, next week.

The Japan Prime minister, Mr. Shinzo Abe is expected to meet Trump in February 10th, and it is calculated to present a five part package that will include all the necessary information for these jobs and investment sectors. Probably, the investments will belong to the infrastructure field, high-speed trains and cybersecurity. It seems, the Japan’s prime minister strategies to invest high quality infrastructure technology overseas, is becoming a reality.

It is expected that Japan will invest more than 120 billion pounds in private and public funds over the next 10 years. These investments also include the building of high-speed trains through the United States, and investing in technology and infrastructure especially in the north-western part of USA.

This five-part package will also include a co-operation in global infrastructure investment, joint development of artificial intelligence and robots. Also, co-operation in cybersecurity and space exploration.

Some courses also indicate that the government may tap its foreign exchange reserves account to fund part of the package said.

Previous Trump’s “Muslim ban”: What does the president want to achieve?
Next Private sector: More than 246,000 new U.S jobs in January 2017