International students’ enrollment in the US at record high 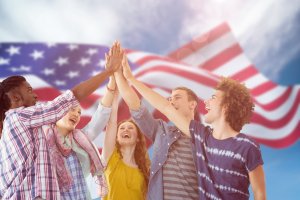 The number of international students at U.S. colleges and universities hit the one million mark in the 2015/2016 academic year, according to the 2016 Open Doors report released by the Institute of International Education. The report found that international enrollment grew by approximately 7 percent compared to the previous year.

China remains the most productive country of origin for international students in the United States, with Chinese students accounting for 31.5 percent of the entire foreign student body. Students from India, the second-largest group, are also on the rise. The number of Indian students enrolling at U.S. universities increased by 24.9 percent in the past academic year, the fastest pace among all nations. Saudi Arabia is now the third-largest country of origin, up 2.2 percent in new enrollments, and has replaced South Korea, which slipped to the fourth place.