Increased protection for Mexican immigrants in the US 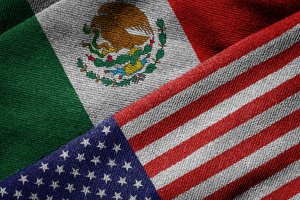 Immigration laws fall within the competence of federal officials. However, an increasing number of U.S. cities have taken steps towards supporting their immigrant residents, both legal and undocumented. Major cities such as Seattle, New York, and Los Angeles have openly limited collaboration with federal agencies on deportations. There are over 11 million undocumented immigrants living in the United States, and five to six million are Mexican.

Officials from Mexico have taken a series of measures to calm down the Mexican immigrants living in the United States concerned about Trump’s statements regarding potential mass deportations. First of all, the staff in its Embassy in Washington and its 50 consulates in the U.S. will be increased so that immigrants can get their identification documents in order as soon as possible. Mexican consulates will also help immigrants to register their U.S.-born children.

There will be a 24-hour hotline for people to receive information about their immigration status and to report any potential frauds. There is also a plan of introducing an app with information on immigration issues.