Impact of Racial Diversity on the American Elections 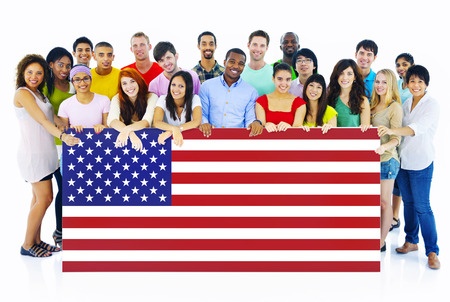 The increasing racial diversity in America is having a profound impact on the elections, as is evident from the last two elections. Some sections of the society still believe that it was this growing racial diversity that put President Obama in power during the 2008 and 2012 elections. In this election, the older baby-boomers generation is growing much older, while the younger population is more diverse during to immigration from Asia and Latin America.  This changing demographic shifts have made the upcoming election a more level playing field, and the person who wins the election will be the one who appealed to these different sections of the population.

A report supported by the William and Flora Hewlett Foundation analyzed six different scenarios, and predicted the outcome for each.

Scenario A, also called the 2012 Forward scenario, assume that the voter turnout and the preferences of the eligible voters will be similar to the 2012 elections, while Scenario B assumes that these factors will be similar to the 2008 elections where there was a Democrat-favorable turnout. Scenario C is a fast forward of the 2004 elections where there was a clear favor for a Republican candidate while Scenario D assumes that minorities will turn out in large numbers. Scenario E assumes that there will be greater support for Republicans from minorities while Scenario F assumes more support for the GOP.

Regardless of which scenario emerges, it’s clear that racial diversity is likely to change the nature of American elections.

Start your new life in America.

2016-02-29
Cristina
Share
Previous U.S. Economy Grew 1% in 4th Quarter of 2015
Next Five Things You Should Know Before Choosing a Property Management Firm