Immigration Reform is necessary for Safe US Food Supply 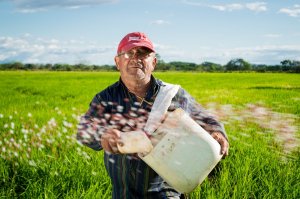 According to another report conducted by the Center for a Livable Future of St John Hopkins University this week, admits that national food security and public health issues were already a serious case even before the plans for the mass deportations of undocumented immigrants were unveiled by US President Donald Trump. The immigrant workers who grow and process food in the US are constantly facing several health-related risks. Some of them include exposure to pesticides, bacteria resistant to antibiotics and unusual and dangerous flu virus strains, ad also a poor quality of air. Also, a bad contact with animal waste.

They do also suffer from limited healthcare access. Despite the fact they are completely unsecure about their legal status and future in the United States they also have to face with their low income and poor housing conditions. These are all indicators that result in a vulnerable and unstable workforce. This type of workforce threatens the supply and safety of the nation’s food.

Unfortunately, the United States food supply also suffers when many undocumented immigrant workers fall sick. Only the US Farms lost around $300 million in 2010 because of these work shortages. These losses are then passed on to consumers as price hikes. According to this report, without undocumented workers the US food industry would collapse.

Previous Slow US Visa Processing has made the country lose millions
Next General Motors will add 1,100 jobs in California in the next 5 years