Immigrants in Kansas up 300 percent 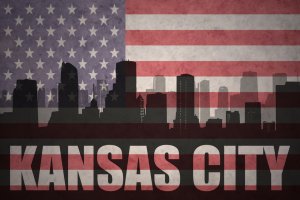 As of 2015, there were an estimated 135,000 immigrants living in the Kansas City metropolitan area, 300 percent more than in 1990. According to the Migration Policy Institute, immigrants accounted for one-sixth of the area’s total population growth. Most immigrants, about 70 percent, lived in the counties of Jackson and Johnson; about 18 percent lived in Wyandotte County, and the other 12 percent in Clay and Platte counties.

In terms of origins, the immigrant population in Kansas City is diverse and at the same time consistent with the national profile. Mexico is the largest country of origin, accounting for 33 percent of the immigrants, followed by China, India, Vietnam, and the Philippines. Asian immigrants have the highest house ownership rates, whereas immigrants from El Salvador, Honduras, Guatemala, and Mexico have the lowest incomes.

As for their immigration status, most immigrant residents in Kansas City are lawfully present in the U.S. About 95,000, or 70 percent, were naturalized U.S. citizens, lawful permanent residents or under various forms of legal immigration visas.