Hispanic immigrants helped the US economy through recession times 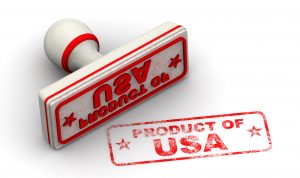 Businesses owned by immigrants helped the U.S. economy during the most recent recession, new study shows. According to a report from the Partnership for a New American Economy, an association which has analyzed the financial contributions of various immigrant groups in the U.S., entrepreneurship rates among Hispanics actually increased between 2000 and 2010, in contrast with the levels among the non-Hispanic and U.S.-born individuals.

The number of businesses created by Hispanics grew by 71.5 percent over that decade, with 581,000 Hispanic entrepreneurs starting a firm. This has made a significant difference in the country’s employment rate. Economists estimate that if those entrepreneurs were instead unemployed in 2010, the jobless rate would have been at 10 percent, 0.4 percentage points higher than it was reported. In addition to the unemployment level, there would have been a slight impact on the overall economy, as people would have had less money and therefore a weaker purchasing power.

Mexicans and Cubans account for the largest two groups of Hispanic entrepreneurs.