Hindus and Muslims most pro-immigration groups in the US 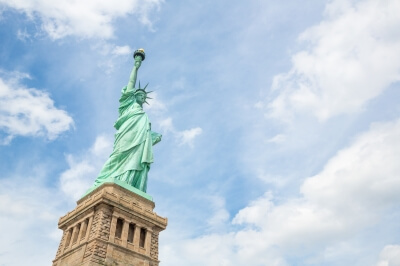 A recent report by the Pew Research Center shows that immigration views among U.S. citizens vary noticeably according to their religion. Hindus and Muslims are most favorable to increasing immigration, which they consider being “a change for the better”.

61 percent of interviewed Hindus and 51 percent of Muslims have responded that the U.S. government should allow more foreign newcomers in the country. These numbers are almost double the Americans taken as a group.

Self-identified atheists are also pro-immigration. 47 percent in this group consider that the immigrants’ presence in the United States is beneficial for the society. Among Christians, the category to favor the most increased immigration is comprised of Jehovah’s Witnesses (25%). Taken as a group, 22 percent of all Christians in the U.S. consider it a positive trend. On the other hand, only 17 percent of Evangelical Protestants said that allowing more foreign nationals is a good thing for the country.

The Pew report is based on the 2014 U.S. Religious Landscape Study.

Start Here
2015-11-08
Cristina
Share
Previous Better than expected: the US economy adds 271.000 jobs
Next Immigrants drive business creation in the US