General Motors will add 1,100 jobs in California in the next 5 years 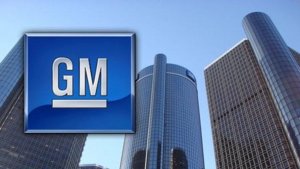 General Motors admitted on Thursday that it will add more than 1,100 jobs only in California over the next five years! These new job positions will be created at its Cruise Automation unit and aim to boost its self-driving efforts after it received around $8 million in state tax credits.

General Motors, the biggest U.S automaker admitted that it is investing more than $14 million in a new development and research facility located in San Francisco that will be twice as large as its current space. In March 2016, GM acquired Cruise Automation for around $1 billion as part of its main effort to build future autonomous vehicles.

The giant automaker is also testing more than 50 Chevrolet Bolt electric vehicles that have a self-driving technology on public roads in San Francisco.

According to GM Chief Executive Mary Barra: “Running our autonomous vehicle program as a startup is giving us the speed we need to continue to stay at the forefront of development of these technologies and the market applications.”

When General Motors acquired Cruise in 2016, it had been working to develop not only hardware but also software that could be installed in a vehicle in order to enable the car to pilot itself on a highway, without the need for the driver to steer or brake.

Panorea Avdis, the director of the California Governor’s Office of Business and Economic Development said that: “General Motor’s investment is further proof that California is leading the nation in the design, engineering and deployment of autonomous vehicles.”