For the first time ever, women make up the majority of Law Students 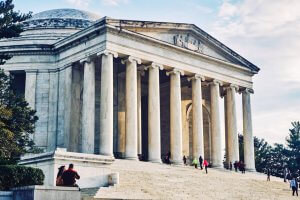 For the first time, in the United States Law Universities seats are taken by women. Women make up a majority of law students holding just over 51% percent of the total number of students.

For many years, the number between men and women has been almost equal. This is the first year that this number has changed according to the statistics released by American Bar Association.

Currently speaking, there are more than 55, 800 women across the United States studying for a juris doctor degree. On the other hand, there are almost 55,000 men. According to the bar association, there are 48.5 percent men and 51.4 percent women.

Despite this latest fact, law schools remain still flat with only a slightly difference between the two genders. But, when compared with many years ago, the percentage hasn’t been so equal. Only in 2010, the law school was attended by almost 30% percent females and almost 70% percent males. That is why, for many years now, these schools have been trying to broaden their base of applicants.

Many law schools have also admitted that reaching out to women has yielded to more qualified applicants making their degrees obtain more value for the job market while in search for new, talented people to cover this field.

Previous First job in USA? Avoid these 3 things that make you look unprofessional
Next Best 2017 jobs in USA that doesn’t need a degree!