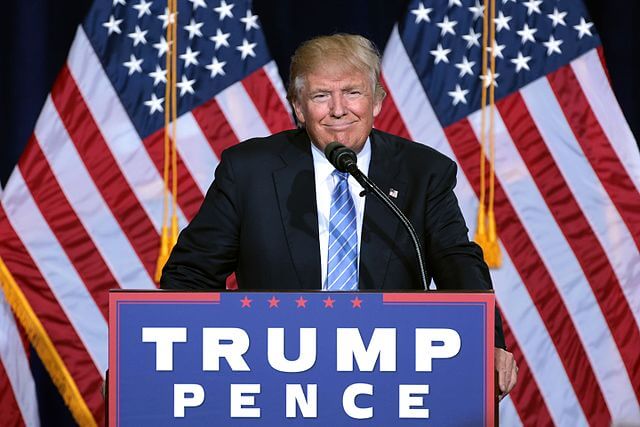 Donald Trump  will become the 45th president of the United States, after defeating Hillary Clinton.

“I pledge to every citizen of our land that I will be president for all Americans,” Trump said in his victory speech. Trump continued: “For those who have chosen not to support me in the past, of which there were a few people, I’m reaching out to you for your guidance and your help so we can work together and unify our great country.”

He also said Hillary Clinton had called him to concede the race. “Hillary has worked very long and very hard over a long period of time, and we owe her a major debt of gratitude for her service to our country,” he said. “I mean that very sincerely.”

After surprise early victories in Florida, North Carolina and Ohio, it fell to the Rust Belt states of the industrial Midwest to determine the result of his stunning upset.

Wisconsin and Michigan, two states hit hard by a decline in manufacturing jobs and lost by Hillary Clinton to Bernie Sanders in the Democratic primary, were led by Trump as the race headed for an early morning cliffhanger.