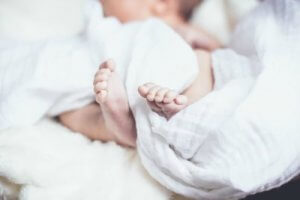 It is official, the Washington D.C city council has just approved a few days ago, one of the nation’s most generous paid parental leave programs until today in the U.S!

According to the Universal Paid Leave which passed on Tuesday would ensure up to eight weeks of paid leave for employees. It includes employees with different medical issues and also, all parents with new born children. According to this program, the worker would be assured up to 90 percent of their salary, or, at least 1,000 dollars a week.

This program will be financed from a payroll tax increase on commonwealth’s business. Though the tax increment has developed many controversial arguments many other agree that if this program was instead financed by employer’s mandate, it would indicate a real risk especially for small businesses which might not be able to properly and fully pay their employees.

This bill passed by an 11-2 vote. After that, the mayor suggested a veto due to the fact, many of the possible recipients of the paid leave, might be commuters from the surrounding Maryland and Virginia areas as well.

Currently speaking there are only three American states that necessitate paid parental leave. Unfortunately, United States has not applied this type of program nationwide. Still, further developments are expected to happen especially regarding leaves when having a newborn or adopted child.