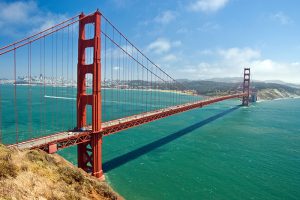 Roughly 60,000 new positions were created in California last month, according to data from the U.S. Labor Department. About a quarter of these were in professional services. Over a twelve-month period, the state has added 450,200, bringing the employment up 2.8 percent in the last twelve years, almost one percentage point higher than the 1.9 percent national average. Local employers believe this is the most consistent growth they have witnessed in the last two decades.

California has thus managed to score the lowest unemployment rate since June 2007, at 5.3 percent, and some of the largest labor markets in the state hit jobless level compared to those before the Great Recession. In Orange County, for instance, the unemployment rate decreased to 3.9 percent in April, the lowest since 2007. In Santa Clara, just 3.6 percent of working-age population was unemployed, the lowest rate since March 2001, and in San Mateo, unemployment was below 3 percent last month. Los Angeles County too slipped to the lowest level since 2007, at 4.7 percent.

2016-05-24
Cristina
Share
Previous The US job market is improving, economists say
Next US government raises salary threshold for overtime pay