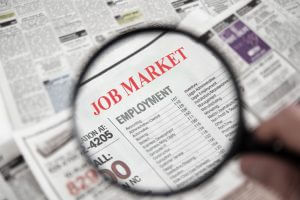 Most of the metropolitan areas in the U.S. gained jobs over the past year. Of the 51 areas with a population over 1 million, 49 saw more jobs and lower unemployment rates, whereas the other two had no change, according to the Labor Department.

The San Jose, California metro area had the biggest boost of employment, with a 4.8 percent increase from September 2014 to September 2015. Orlando, Florida, Salt Lake City, Utah, and San Antonio, Texas came close behind, with an increase of 3.7 percent.  These gains in terms of jobs meant that more people entered the workforce and that less of them filled for unemployment benefits. Among metropolitan areas, Minneapolis-St. Paul and Salt Lake City had the lowest rates in September, 3.1 percent. In these two areas, the civilian labor force grew over the last year.

Start Here
2015-10-30
Cristina
Share
Previous 10 things the U.S. has given the world
Next Immigration contributed to 75 percent of U.S. population growth since 2000